Tears, fights and vomit: why economics is as fun as your 21st birthday

Think you don’t like economics? Oh stop, I know: you fell asleep just hearing the word. I used to as well. But somehow I actually learned to love it.

It was kinda like that nerdy guy who grows on you – the more you get to know him, the more he seems surprisingly sexy.

Wait, is that just me? Sorry. Anyway, there are a few concepts that shape your life more than you know; understanding them can help you with your own money.

Also, being able to converse about economics is a great party trick. Not as good as doing The Worm, but I can’t do that anyway … so here I am in the corner, drinking martinis and discussing central bank policy.

Here’s how you can be that cool too.

The lowdown on interest rates

Interest rates have a big impact on your life because they’re tied up with property prices, and therefore how much money you have to spend or save once you’ve put a roof over your head. (I have another post about this topic, but it’s already outdated because bloody Taylor Swift can’t keep a boyfriend – read it here).

The thing to remember is that interest rates are both a cause AND an effect. The Reserve Bank of Australia (our central bank) uses them to influence economic growth, but they only do this in response to other trends.

For example, the RBA will raise interest rates to ‘cool’ the economy, when inflation is running high and wages are growing too fast – what’s known as a ‘wages breakout’.

(How awesome does that sound though? Like, somehow our paypackets go nuts and party hard and we all end up as total ballers driving Porsches). Apparently, however, this is NOT A GOOD THING.

When things go too hard, too fast and too enthusiastically, they end in disaster, and you’re lying there like ‘Wait, what? Are you done already?’.

Obviously I am talking about inflation (get your mind out of the gutter). High inflation is bad because it reduces the value of your money, drives prices up and creates general chaos in the economy.

It’s not ideal when it’s too low either, as wages stagnate and the economy slows. Basically, inflation is like a fucking needy pedigree cat who only wants the exact right amount of food in the exact right bowl at the exact right time of day. So the RBA tries to tame it with interest rate policy.

Interest rates and housing affordability – aka ‘why am I destined to rent forever?’

I know right! Apparently there was more to worry about in the 90s than whether Pearl Jam’s second album could possibly be as good as Ten (It wasn’t. Like, it was good, but no Ten). 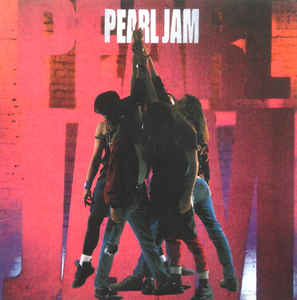 Anyway, they have probably told you this in the context of ‘But we had it so hard when we bought a house‘ and ‘we had to walk six miles to school, through the snow, in bare feet.’

If they try this on you, feel free to point out that yes, rates were higher, but the amount you had  borrow was miniscule compared to now. A handy chart from the Government shows the price of a house in the 90s was about four times the median income. It’s now six times that.

So what has made prices rise so much?

There are lots of factors such as population growth and land supply.

But loose monetary policy is also to blame. And no, I’m not implying anything about the morals of said policy – it is actually talked about in terms of ‘easing’ or ‘tightening’, as though it’s some sort of screwdriver. (Obvs invented by men.)

When shit gets real at your party

When the GFC swept through, economic growth fell off a cliff. Business and consumers stopped spending money because they were totally freaking out.

So how does a central bank convince you to spend again? They cut rates. The lower rates are, the cheaper it is for businesses to borrow money and invest it in things that create jobs.

Since the GFC, the central banks of the world have been using low interest rates to pump more money into the economy and make it grow.

This is like walking into a 21st birthday party and giving everyone tequila laybacks on the dancefloor – it will definitely liven up the party, but you can’t predict exactly how.

Well, we can make general predictions: someone will vomit over the balcony; at least two girls will cry; and there will be a punch-on among the boys. Standard.

Similarly, when interest rates go down, house prices go up  because more people can afford to get a home loan. Other asset prices often go up too – like the stock market – for the same reason.

In the same way that tequila makes everyone feel super hot and ridiculously charming, low interest rates make people feel rich – like they could go to a strip joint and make it rain.

But you know how at a certain point, you can’t drink anymore? You’re too drunk, too sick or too tired, so you lie on the nature strip and have a little ‘rest’. That’s where the world is right now with monetary policy. The central banks have pumped so much tequila into the party that everyone is sick of it and it’s not working anymore.

Not before median house prices in Sydney hit a million bucks though. Thanks RBA!

I have some personal views about the failure of this whole approach, its link to rising income inequality and the resulting rise in destructive populist politics. But I’ll save that for the party talk.

In the meantime, let me leave you with this thought. You can’t control the big picture economics happening around you. But understanding them will give you greater insight into how you might respond to them – or even make money from them.

So, don’t be afraid to read more, listen more and think more about that hot, nerdy guy known as economics.

So happy to be repping the merch from my faves @besuperfierce. Helping women get fierce about our financial futures is what drives both @trennaprobert_ and me. Big love to the team and what they are doing to save us money on super fees.
If you ever feel like you're doing the right things, but it's not quite enough, this post is for you.
So the markets have been a little cray-cray in the past few weeks. What's driving all this drama? And what's a gal to do if she's watching her portfolio dip?