Four things rich people do … that you can too 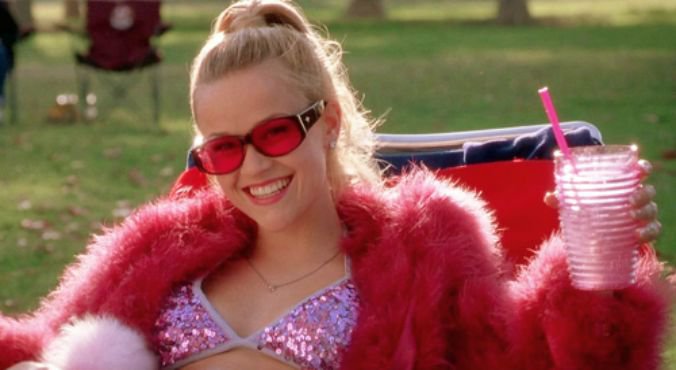 There’s a section in my favourite gossip mag, ‘Celebs – they’re just like us’, where photos like Reese Witherspoon hauling groceries to her car make us feel good – as though there’s not much separating our humble lives from theirs.

Well, I’d like to propose a column called ‘Rich people – they’re just like us. Except not really’.

My career has thrown me in the path of many rich people (who, curiously, don’t call themselves rich most of the time).

They are like us in that they struggle with personal relationships, self-esteem and whether to eat dessert or avoid the calories.

But they are unlike us when it comes to money. I’ve noticed a few things that they have in common with each other, and it might help you too.

Like another favourite section of the gossip mags, here’s my version of ‘Rich People: steal their style’.

1. They spend money to make money

Wealthy people have wealth managers. It might be a financial adviser or private banker (probably both). They have an accountant to minimise their tax, a lawyer to set up trusts, and then they pay fund managers to invest their money. And they’ll pay a lot for these services, if they see value.

The reason for having a coterie of advisers is that each one has specialist skills to maximise return and minimise risk.

Key take-out for you? Don’t be afraid to invest in professional advice. A good financial adviser could make a difference of tens or even hundreds of thousands of dollars over your life.

A good accountant will make your tax and investments work harder for you (and likely give you a way better tax return).

Even a good career or business coach can make a difference to your earning potential and success. (Mine pushes me to be tougher than I naturally am)

2. They don’t avoid risk, they manage it

I get it: you work hard for your cash so you don’t want to risk it in investments you don’t understand. But shoving your cash in the bank will not build your wealth these days.

Most bank deposit rates barely keep ahead of inflation. For example, inflation is running at around 2%, you’re getting 3% interest, so in fact you’ve only made 1% on your money.

The key is to understand risk management. Diversification is key to that – having your eggs in a few baskets. Another is paying attention to the fine print, so you are only taking risks you understand.

Related to the first point above, good advisers will help you manage risk according to your timeframe and goals. And I’ve written a whole post about risk here – check it out!

The other thing rich people do is insure the hell out of everything. There’s a place called Lloyd’s of London that’s been around since the 1700s, where you can go and get insurance for anything from a giant container ship through to J-Lo’s butt (true story).

It’s a global institution, because insurance has been at the heart of the economy since men were wearing wigs in an un-ironic way.

Insurance is a crucial part of risk management, so if you haven’t seriously looked at your income protection and life insurance, now is the time. (Oh wait, here’s a handy guide I wrote!).

3. They are masters of debt, not slaves

There’s a concept called ‘productive debt’ (aka ‘good debt’), and it’s worth understanding. It’s the debt you take on in order to invest and make more money.

A home loan is the most common form of this debt. But there are also investment loans, such as a margin loan to buy shares. Business loans are also in this class – borrowing to build and grow a business is a big driver of our economy.

‘Unproductive’ or ‘bad’ debt is borrowing money to buy something that just costs you money – a car loan for example. The car you have at the end of the loan will be worth less than you paid for it. Credit cards generally fall into this category too.

I know, you may feel like the investment you made in an Urban Decay Nude II palette at Sephora is productive and will improve your life. But unless you’re an Instagram sensation, or land a millionaire husband who was lured by your perfect eyeshadow contouring, you will not make money out of it.

Good debt still has to be carefully managed, as there are risks associated with borrowing. For example, if the value of the asset you bought goes down, it can create issues. But when used well, leverage (as debt is also known) can magnify your gains.

I’m not saying all rich people use debt to build wealth.  I’m saying that many of them use debt strategically and with a goal in mind … not just because they can’t manage their cashflow in between paydays.

You can learn from these people by thinking about debt as a tool, not as a fallback for bad money habits.

4. They pay attention to their finances

One thing you learn in consulting is this: big clients paying $20K a month have zero shame in questioning a $25 taxi fare you’ve added to their invoice. The same goes for rich people. Just because they’re rich doesn’t mean they’re careless with money.

And they will ask questions. Lots and lots of questions. The more money they are going to hand over, the more questions they’ll ask.

You should do the same. Whether it’s a phone bill, a bank statement, a payslip or an investment statement, pay attention to the details. People and companies frequently get things wrong. Some will deliberately rip you off.  Get ahead of them.

And more broadly, take just as much interest in your finances as you do in the ASOS sale email or the finer points of make-up contouring.

Ultimately, nobody will ever care about your money as much as you, so you’re in the driver’s seat.