Should I move to a fixed rate homeloan? And other questions for a 1% world

There was a big to-do this week about fixed rate home loan rates falling below 3%. And sure, it’s kind of a big deal.

Consider, for example, that our parents were paying up to 20% for their (admittedly, very small) home loans back in the 1990s. (God they talk about it like it was the depression and they had to walk to school in the snow, when they just had to hand over approximately $20 a month on their cheap-as-chips four bedroom home.)

Well obviously there were two interest rate cuts from the Reserve Bank of Australia, bringing the cash rate to 1%. I could go on about the reasons for this, but the too-long-didn’t-read version is that inflation, employment and economic growth is, in the immortal words of Flo Rida, gettin’ low, low, low, low, low.

And since the rest of the world’s rates are low too, and there’s no actual plan to boost growth, it’s kinda like ‘well, this is my life now’. Rates will be lower for longer.

How do I know? Well here’s quick explainer on bond yields (accuracy not guaranteed). Please skip to the photo of shirtless Thor below if you don’t care.

Bonds are a way for governments (or companies) to borrow money. They agree an interest rate on that loan, just the way you would with your bank.

In this case it’s a fixed rate loan – we set it now, and it stays that way (unless it’s a floating rate, but we aren’t discussing that here).

Now, if you’re agreeing a loan for just a couple of years, you’d have a pretty good idea of where rates will be in 2021, so it’s not that big of a deal.

It requires some serious crystal ball gazing. Imagine someone demanding that you predict what style jeans will be in fashion in 2029.

Like, we would all want high-waist to still rule. But what if we have a moment of madness and see the return of Britney-style low-riders, with muffin tops just spilling everywhere like the good ol’ days of the early 2000s?

I know, I don’t even want to consider it. But that’s what the people who issue and buy bonds are doing: making a prediction about what the interest rate will be over that 10 year loan period.

The other aspect is how to price the bond. Once it’s issued, you can buy and sell the bond to someone else (known as a secondary market). The bond will therefore have a price, based on market demand – it might be above or below the price it was issued at, depending on what people are feeling.

I swear to God, a huge part of our economic system is based on people having ‘the feels’ about what’s going to happen. Like sure, they have graphs and shit, but ‘sentiment’ is also key – and that’s a fancy word for a feeling.

Anyway, the things that matter when it comes to bonds are: the interest rate, the length of time and the price. When you add the first two together, you get a ‘yield curve’ – which is meant to be some magical view into the future. You know when Frodo looks into Galadriel’s magical water feature in Lothlorien (Tolkien nerd alert!) and sees what may be the future, but also, may not?

That’s basically the same as a yield curve.

At the moment the US yield curve is inverted, and I’m not going to explain what that means because it hurts my head. Except to say, it’s like a guy with dreadlocks and firesticks, chatting you up at a party: kinda weird and not that great.

The Aussie 10-year yield curve is like that guy’s creepy quiet friend, silently giving you a bad feeling.

According to my boss, who knows about these things, we are in a new and unfamiliar phase of the interest rate, economic and property cycles. While we are ‘late cycle’, that doesn’t mean it’s going to end soon, and in fact we could be hanging around in this low-growth phase for a decade or more.

So, now that we all understand interest rates (right?), let’s talk about our home loans (either real or aspirational).

There is no reason for this picture except general thirst. 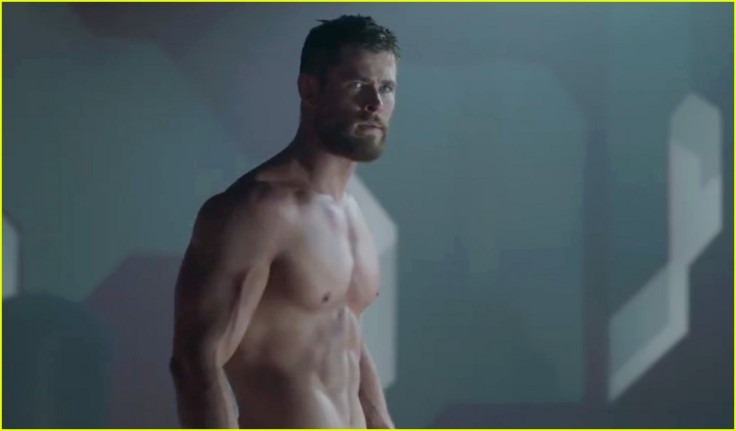 Interest Rate Buffer gets a glow-up – Until just over a month ago, banks were forced to assess mortgages with a serviceability buffer of over 7% interest. Meaning they worked out how much you could reasonably borrow if rates went up to 7%.

But in fact, rates haven’t been that high since Beyonce was still part of Destiny’s Child. And in this low-interest-rate world, it’s unlikely they’ll get that high again, at least not before the Destiny’s Child reunion tour (not counting the joyous moment in Homecoming where they have a cameo).

So, the regulator had a rethink, and now the banks get to pick a buffer linked to their current rate. If the rate being offered is 3%, for example, they see what you could afford with another 2.5% on top. It doesn’t sound like a lot, but when you’re dealing with big house price numbers, it can mean a difference of $50,000 or more in terms of how much you can borrow.

Investor loans come in from the cold – A couple of years ago, the regulators were (quite rightly) freaking out about the property market free-for-all that was sending prices through the roof, and encouraging investors to load up on huge piles of debt.

Their solution was to tell the banks they had to put a handbrake on the growth of loans to investors.

Now, if you were a bank, you could do this by, I don’t know, just saying no to more loans, right? Wrong! Don’t you know anything about banks?

Their solution was to make them more expensive! And so, we saw a growing gap between owner-occupier rates and investor rates. Even for people who already had the loans (my old boss called this ‘repricing the back book’ and as an ex-banker, he thought it was dodgy AF).

Anyway, now that property investment is about as cool as last year’s platform sandals (ugh), the investor rates are coming back down.

Fixed rate loans are so hot right now – The banks are falling over themselves to get people locked in to one of these, hence the 3% on offer (by comparison, my variable loan is around 3.4%).

Now before you get all excited and think ‘well of course that sounds awesome, why would I pay over 3%?’, remember what we know about banks.

They never do anything to be nice.

Like the bond issuers discussed above, banks are betting that interest rates are coming down further. So they want to lock you in at today’s rate.

Sorry banks, but I’ll take my chances on a variable rate thanks very much.

Look, some people like fixed rates because they mean more certainty around cashflow. You know exactly what you’re paying for the fixed period. If that’s your thing, you do you, boo.

But fixed loans are normally attractive in a rising rate environment. Quick, lock in before rates go up!

In a falling rate environment, I struggle to see the attraction.

So don’t get all caught up in the breathless media stories. If you have a variable mortgage already, there’s a good chance it will go down further (according to all the smart people who predict these things – not just me).

And I’ve already said a lot now so let’s just end on a shirtless photo of Wolverine. Because, why not?

(God, my search history is messed up – yield curve to shirtless Wolverine).