I know you’re bored AF of the Budget, but just read this one thing 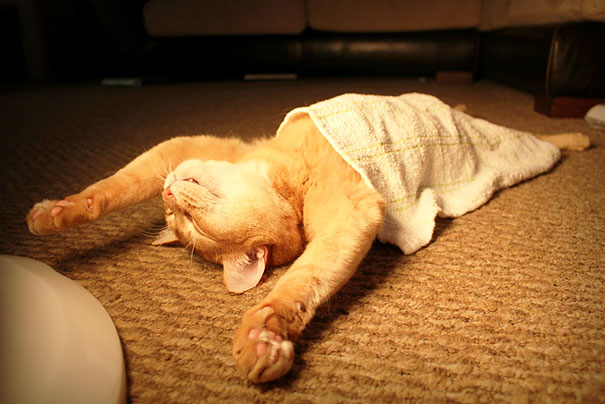 Because I am going to give you a useful view on it, probably with some swearing, and then you can go back to drinking that glass of sav blanc.

First question: Is the Super Saver Scheme the BEST THING EVER for first home buyers?

No, not really. But it’s not bad either.

The best thing that could happen for the poor young first home buyer is that we stop immigration, use more contraception and go back to living with three generations in one house. None of which I am actually advocating – but the point is, supply is the biggest issue.

I listened to a story on ABC Radio National this week, about the economics of population growth (that’s the kind of party girl I am). Our population is growing faster than ever, and we have to house everyone. At the same time, the number of people who live in each dwelling has gone down a lot since the 1960s. I found this graph in a delightful RBA research paper on house prices (which I read so you don’t have to). 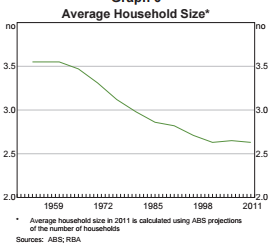 I live by myself, so I am guilty of driving this trend. But the ethics of resource consumption aside, it’s clear that we have too many people and not enough housing, and this will keep prices high for the foreseeable future.

However, that’s OVERALL. House prices rise and fall in line with the fate of the particular cities and towns they’re in. Townsville, Mackay and Perth are just some of the places that have faced steep falls in prices, as the mining industries propping them up have faltered. Hence why the old property investment game is a bit tricky.

“But what does this all mean for me?”

This is a bit of a diversion to say a couple of things: 1. The government isn’t going to solve house prices for you and 2. if you want to buy a property in Sydney or Melbourne you’re kinda screwed.

Well, not completely. There are other ways to get into the market – they just take longer. For example, the ‘rentvesting’ idea: rent where you like living, buy where you can afford to. My new boss, who is a famous finance guru (cos who else would I do PR for?) reckons you should buy not just one, but two or three properties this way.

The key is, they are in areas where the price is more manageable. Regional towns or smaller capital cities (although probably stay out of Brisbane high-rise apartments for the moment – they went a bit nuts building them and have too many now).

You buy these places, build up the equity in them, and then eventually sell them to buy your dream home. That’s the theory anyway – the execution needs to be pretty spot on, so you don’t end up with some shitty properties languishing for years.

Obviously this is a long-term play – five or ten years even. But you won’t die just because you aren’t living in a house you own. The key is that you’re doing something.

The worst fucking option is renting, moaning and spending your money on shit you don’t need ‘because I can’t afford a property anyway’.

But even doing this requires a deposit. Which brings me back to the initial question: how good is the Super Saver Scheme (SSS)?

Look, it’s better than a slap in the face with a wet fish. Jessica Irvine, whom I love, has a done a great job of breaking down the detail for you here. But I’ll give you the highlights:

Of course there are tons more annoying details but if you want a disciplined way to save, and you think you’re getting slugged on your income tax (don’t we all?), it could be a go-er.

“Hey, what about the bank tax? Should I care about it?”

I hear you asking and my answer is, only a little bit. Those banks are not just gonna take the hit to their bottom line, so they will pass it on to either staff, shareholders or customers.

I suspect a bit of each. Interest rates on mortgages and credit cards could rise – if they do, shop around to one of the banks who isn’t paying that tax (remember, it’s only the Big 4 plus Macquarie bank, and odds are you don’t have private banking with the latter).

And although bank-bashing is a national sport, let me just remind you that anyone with superannuation probably is a shareholder in them. The Big Four are called that for a reason – they are the four biggest companies on the ASX. And if your super account is made up of about 40% Aussie shares (most default funds sit somewhere around that level), then you, my friend, own a shitload of bank shares.

So before you gleefully stick the boot into the big greedy banks, remember they are funding your retirement. (Well, not mine – I’m in Australian Ethical and they only invest in Westpac).

So, of course other stuff happened in the Budget, but everyone else has covered that. For a Fierce Girl about town, these are some of the more relevant ones. And now, we may never speak of this again.

4 thoughts on “I know you’re bored AF of the Budget, but just read this one thing”

Markets go up and down. It's just a fact of life. Actually, it's like our own lives, which swing between good and bad and 'meh'.
Money will only get you so far. The rest is working on yourself so that you love and accept the beautiful soul that you are. Read my latest post for more. Link in bio.
What if the secret to money is learning not to care about it? Of course we need to get the foundational stuff right. But there is also some inner work we need to do, decoupling our sense of worth from our monetary worth.